Comprised of a Free Range Egg Enterprise and a Meat Bird Enterprise. The Free Range hens are a hybrid breed similar to ones that are commonly used in commercial enterprises. We operate a Student Poultry Squad who complete daily operations on a rostered fortnightly basis. The Eggs are sold at the canteen to the school community.

In 2017, we entered the Schools Hyline Layer Hen competition at Sydney Royal for the first time and in 2018 we placed 3rd in the project component of the competition.

The Meat Bird Enterprise produces five batches of sixty broilers every year. They are raised for the entire seven weeks in a barn environment.  Three batches are part of our Preliminary Course assessment, where two brands of meat chicken starter feed are compared. Over recent years we have rarely seen a significant difference in the performance of the two feeds, demonstrating the efficiency of the Cobb 500 hybrid meat bird. In the mid 2000’s JRAHS performed a feed trial for the Australian Meat Chicken Federation to assist in removing the myth from consumer perception that meat chickens are given hormone treatments to increase their growth rates. Layer Chicks and Meat Chicks were raised on the same diet, under the same conditions. Results showed the growth rate of the meat chickens to be twice as fast due to their genetics and successful selective breeding.

In 2015, we entered the Steggles Meat Bird Competition at Sydney Royal, winning the project section and the $1000 prize money as well as placing in the live and carcass sections of the competition.

Broilers are sold to the school community, dressed and frozen.

Return to top of page 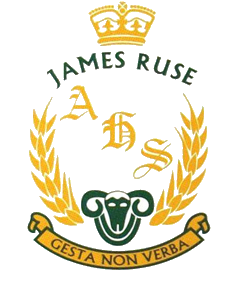 We would like to pay our respects and acknowledge the traditional custodians of the land, the Dharug people, and pay respect to Elders both past, present and emerging.

Copyright for this website is owned by the State of New South Wales through the Department of Education. For more information go to http://www.dec.nsw.gov.au/footer/copyright.